Vision - "Sharing Happiness - Mitigating Sufferings" invisibly driven by Prajna Dialectic in all domains and fields of all Activities and Relationships at all Places";

Mission - "Knowing more about oneself", Thing-As-It-Is and strategic position to regain one's innate [ Latin Humanitas / Buddha Nature / Kingdom of God within / TRUTH ] in proper "Continuity of the Consciousness" according to DISCOVERED and SHARED (Prajna Way) underlying Natural Laws (thuận theo tự nhiên) which is the TRUTH - TRUTH Is My Light - not the battle of any exoteric and/or esoteric power (isms) on the duality plane in all intelligent existences of conflicting consciousness cross-cut all intelligent realms;

Price: Free. Once KhaiPhong infrastructure is available, you can be a Free registered member having your own Free Private Network and being owner of your unlimited private cloud database (already proven to 1000+ Terabytes). You have "Free first 15 GB cloud storage having Git (open source distributed version control system)" plus unlimited backup under your own management. Transaction data over paid storage will be available for AI public researches and can be reclaimed back to your private database within 3 months. A custom service is available to reclaim searchable legitimate data for your personal AI, placed under your own control. As a Free life-time non-transferable owner of the book and member of the book channel, you have up to two licensed digital copies per language managed from your PrivateHub on available devices. You can order a printed form of the latest version from your selected printer.

The following parties have been contacted for critical inputs and/or amelioration of legitimate concerns:


Please address comments and questions concerning this book to the publisher:

KhaiPhong books may be purchased for educational, business, or sales promotional use. Online editions are also available for most titles (https://pub.khaiphong.io).


While every attempt has been made to ensure that the information in this book is accurate and complete, some typographical errors or technical inaccuracies may exist. KhaiPhong does not accept responsibilities for any kind of loss resulting from the use of information contained in this book. The information is subject to change without notice from version to version to reflect the latest technologies supported by popular Readers and/or updated facilities for the community networking. The author and KhaiPhong do not guarantee the accuracy of the book and do not assume responsibility for information included in or omitted from it.


Disclaimer: The possibility is there, but it is not a commitment to deliver any further material and/or functionality until the time is right. 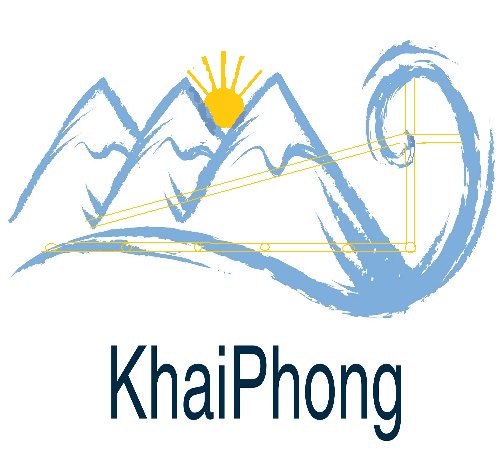